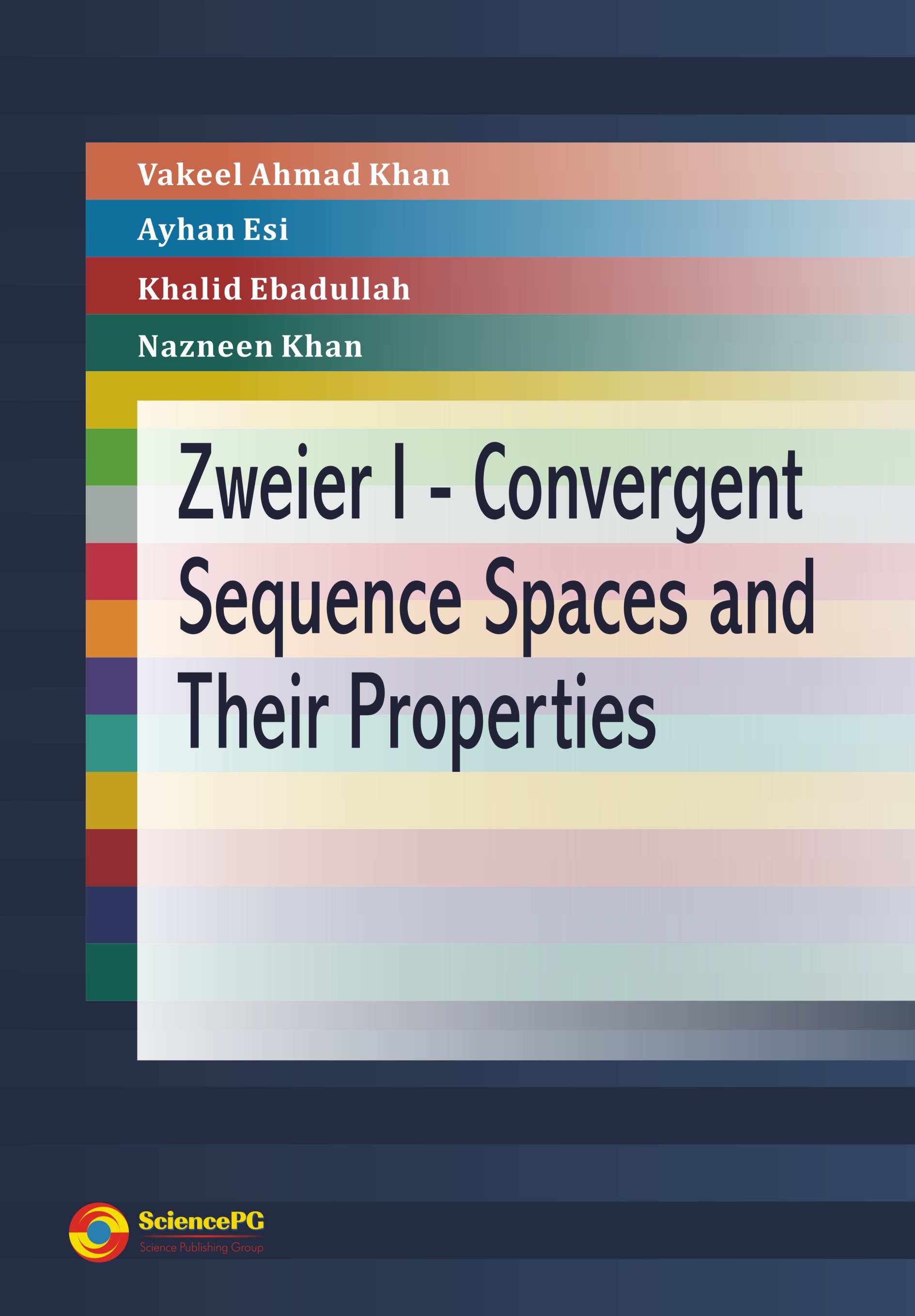 Professor Ayhan Esi was born in Istanbul, Turkey, on March 5, 1965. Ayhan Esi got his B.Sc. from Inonu University in 1987 and M. Sc. and Ph.D. degree in pure mathematics from Elazig University, Turkey in 1990 and 1995, respectively. His research interests include Summability Theory, Sequences and Series in Analysis and Functional Analysis. In 2000, Esi was appointed to Education Faculty in Gaziantep University. In 2002, Esi was appointed as the head of Department of Mathematics in Science and Art Faculty in Adiyaman of the Inonu University. In 2006, Esi joined the Department of Mathematics of Adiyaman University. He is married and has 2 children.

Dr. Nazneen Khan, Department of Mathematics, Aligarh Muslim University, Aligarh, India. She is currently working in the same field of functional analysis and sequence spaces, especially double sequences. She has also published research articles in various national and international journals.
Description
This book will be very useful to postgraduates students and for those who are doing research work or intend to work in the areas of classical and the modern sequence space theory.

The concept of ideal converegence as a generalization of statistical convergence , and any concept involving ideal convergence plays a vital role not in the pure mathematics but also in other branches of science involving mathematics, especially in information theory , computer science , biological science. dynamical systems, geographic information systems, population modeling and motion planning in robotics.