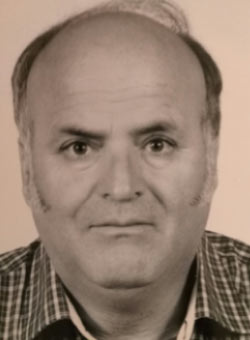 Lajili Marzouk
Department of Physics, Faculty of Sciences of Monastir, Monastir, Tunisia
Guest Editors
Introduction
For the last few decades, there is a growing interest in renewable energies, including solar (heat/photovoltaic), wind, geothermal, biomass and sea waves energies. An important motivation for this interest is related to the consequences of our reliance on fossil fuels (oil, gas and coal) with detrimental effects of climate warming and its devastating effects (e.g. species extinction, major weather disasters). It is well known that the equilibrium of the ecosystem on earth is based on three cycles; the carbon, nitrogen and water cycles. Hence, the biomass resources defined as all sorts of energies, having solar energy at their origin and converted by photosynthesis in green plants, emerges as a viable alternative to fossil fuels, helping in the mitigation of the enduring effects of the reliance on fossil fuels. Such biofuels generally undergo many thermal treatments to enhance their Physico-chemical properties and to convert them into secondary forms of energies such as heat and/or electricity or other sources of energy such as syngas. The topic of this Special Issue is the investigation of biofuels in all states; solid, liquid and gas respectively. The main goal after is their conversion via thermal degradation such as torrefaction, pyrolysis, combustion, gasification. Topics of special interest include: • Solid biofuels (pellets, briquettes, logs, , chars, etc.) for energy recovery • Biodiesel, bioethanol and methane production for energy recovery • Syngas production and its applications
Aims and Scope:
Guidelines for Submission
Manuscripts should be formatted according to the guidelines for authors
(see: http://www.sciencepg.net/journal/guideforauthors?journalid=601).